Your first lesson is free! 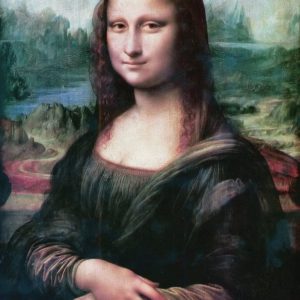 The course consists of three blocks. You will learn about the history, art, and religion from ancient times to modern era.

This course consists of three blocks.

Included in the first block is a study of history, art, and religion in the ancient world and antiquity. We will be talking about the emergence and the particular characteristics of the first civilizations. Mesopotamia, Egypt, Phoenicia, the Creto-Mycenaean civilization, ancient Greece and ancient Israel, Persia, and ancient Rome. We will be talking about what our ancient ancestors looked like, what they believed, what they created and what remains of them and their legacy.

The second block spans approximately a thousand years from the fall of the Roman Empire to the discovery of the Americas. Europe and Asia, Knights and Samurai, Scandinavian sagas and eastern tales, pre-Columbian America and the birth of Islam, the legends of the Knights of the Round Table, Beowulf and The Poem of the Sid, Romantic and Gothic architecture, the Mongol conquests, Kievan Rus’ and its neighbours...This is far from the complete list into which we will delve. We will examine, analyze, and describe art and everyday life.

The third block consists of the study of the modern era, from c.1500 to c.1800. We will start with the Renaissance and its remarkable paintings and architecture, and we will talk about the Age of Discovery. Great artists and navigators, pirates and scholars, conquistadors and colonizers, the Inquisition and the Reformation, revolution in Europe and the Time of Troubles in Russia. We will be endeavouring to examine all these events cumulatively, grasp how what was occurring in the New World affected the Old World, and understand what was happening at the same time in the east from the perspective of history and art. Your teacher will use a large number of visually illustrative material on architecture, sculpture, and painting as well as objects of material culture from various cultures and eras.

Mikhail Yurievich is one of the best tutors of Russian as a second language that I have met during the time of my studying it.
He is well and honestly prepared for the lessons, bringing own (author’s) materials to every lesson for reading and discussing, grammar exercises, lexical exercises (including the typical cliché phrases from the speaking language and slang) and dialogues for the development of speech. Among the materials there are also practice and visualisation of the correct pronunciation, which is absent in the typical textbooks of Russian as a second language, although it is especially important for the foreigners.
With this combination of the different didactic methods, Mikhail Yurievich, systematically develops all 4 language competencies in all types of students. He is an experienced tutor, who actively and constructively uses own knowledge of the language problems, connected with the interference of the students’ mother tongue.
Mikhail Yurievich’s lessons are always led in a good mood and in a pleasant atmosphere. With his natural charm and a good sense of humour, he finds common ground and understanding with every student, and also ways to motivate students in discussions of any topic. During the discussion, the student forgets that he is speaking a foreign language; in this way eventually eliminating the language barriers and fear of mistakes. On the other hand, thanks to his wide range of interests he is prepared to lead the lesson on any topic that interests the student; and to answer any questions connected with the history and the culture of Russia.
Work with Mikhail Yurievich is always interesting and helpful!

I have been learning Russian language with Russificate language school for 5 months, and would highly recommend this school to anyone who is serious in learning Russian language.
Having Julia Sutuginiene as my Russian teacher was a great experience. Julia is a very experienced teacher, she loves what she is doing and always make our lessons fun and enjoyable. She approached grammar topics structurally which makes them easy to follow and understand. It's difficult to forget what I've learnt as she constantly practice vocabularies and grammar with me, and encouraged me to speak in Russian during lesson. She always gave extra information about Russian cultures and places in Russia to broaden my knowledge. It was a pleasure to work with her and would highly recommend her as a teacher.

I have had the pleasure to be the student of Tatiana Martin for a year.

Though I have had russian lessons before, and I was hesitant to continue lessons over Skype. Nonetheless, I started learning Russian with Tatiana while still at a beginner level. Though Russian is a difficult language, after months of unbroken 2 lessons a week I started to be able to read short passages, which quickly improved to reading easy short stories. After about a year I was able to hold a very basic short conversation with good grammar and vocabulary, as well as understand some passages of Russian songs and understand russian news tweets.

Tatiana is a very patient teacher, she is organised, and takes the time to prepare lessons and follows up with homework. She is also very friendly and breaks the formality of the lessons to make them fun and enjoyable.

The Russificate school is very comfortable to deal with, and Yulia, its director, is very organised and punctual regarding replying to email enquiries and sorting out payments.