Russian in the Media

Your first lesson is free 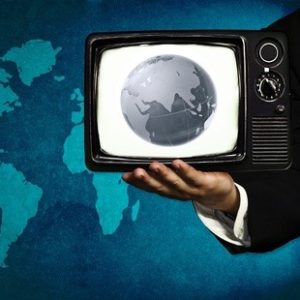 The Russian language used in the media differs substantially from that used in conversation or in literary works.

The aim of this course is to train students in the particularities of the language of the press, including television and radio broadcasting as well as periodicals, newspapers and magazines.

This course is intended for students at levels B2-C1 and comprises 30 hours, however the course may be extended according to the wishes of students.

During the lessons the teacher will propose articles on various topics for students to read. Such topics might include politics, economics, culture and art, technology, society, sports, science and more. Students will also watch videos (news, reports, analysis) and the teacher will help students to grasp the lexical and grammatical material characteristic of this area of study with the aid of specialized oral and written tasks. An overview of the Russian media and popular television programmes also forms part of this course. With regards to written homework, students will be tasked with writing articles on various topics in order to consolidate the vocabulary base of the course.

Teachers of the Russian in the Media course

Yulia is a diligent, interested and accomplished teacher. Working as a translator and teacher myself, it´s easy to see just how prepared, bighearted, and engaged she is. She very intently contributes to her students´ growth. There is a great assortment of interesting resources she kindly makes available on Russificate, as well as constant posts on language and culture and new exercises. By the replies on her page, I know I´m not the only student advancing. She is, indeed, very considerate and devoted to this project. Having family roots in Russia, I´m very glad Yulia is helping me better understand part of my cultural heritage. She´s been teaching me for about six months, and I think of her as a friend already. I find her truly inspiring.

Mikhail Yurievich was my tutor of the Russian language in 2014 during the first semester at the MSU in the name of Lomonosov. With him we studied the grammar rules and the spoken language at the same time; he understood that the grammar rules- are one thing, but the way that the Russian people speak, in which mode you can interact in Russian, which cliché phrases the Russians use, how to quickly deal with basic, political and philosophical situations, when you need to express your opinion and which songs all the Russian people know and sing- are completely different things and are very important.
We did written exercises and checked them during the lessons. Mikhail Yurievich always gave us dialogues- which in turn established discussions on many different topics, and so in this way all of the students in the group got the opportunity to speak their mind out loud, ask each other questions and so on. Mikhail Yurievich has achieved his goal; no-one was embarrassed or afraid to speak and, in my opinion, this is most important. Every student felt enough confidence to speak freely and to understand that it is possible! In conclusion, I believe that Mikhail Yurievich is a great tutor!

Prices for Russian in the Media course

Apply now!
Practice everyday Russian with native professional teachers for only 6 euros for a 20-minute lesson!
+